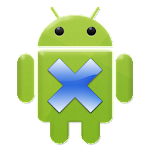 The Most Classic Task Killer or Task Manager, Speed Booster, Battery Saver. Advanced Task Killer helps over 70 millions Phone. You can use it to kill applications and boost memory. It doesn't speed up or save battery directly. However if you kill any apps consuming battery or CPU, you might feel it speed up your phone and saved your battery.
*Services and front apps cannot be killed directly, you have to ignore or 'force stop' them*
Features:
-Ignore List
-One tap widget
-Auto kill
-Customize item height

ATK is often used to kill app and clean memory. We do suggest people use ATK manually kill apps instead of auto killing app.

ATK is pretty simple. Open this tool and take a look at the running applications list? Uncheck some apps you don't want to kill (such as Advanced Task Killer and some system apps) Tap the button 'Kill selected apps', it will kill all applications checked.

If you don't want to kill any app, you can tap it on the running applications list. Then it's checking box will turn to gray.

3. Why there are app running that I haven't used or even opened?

Some app will start up once you turn on your phone or be invoked by some events.

Ignore list is for you to ignore some app you don't want to kill. If you long press on the app listed on the main screen of ATK, the menu will pop up, then you can select 'Ignore', the application would be moved to ignore list. When you tap 'Kill selected apps', it won't be killed any more.

5. What is default action for long press?

6. Why I lost my network connection after I tap 'kill selected apps'?

This is because some apps related with network connection are killed, such as 'voicemail'. You can ignore it instead of killing it.

7. Why my Home reloaded?

This is because some apps related with Home are killed. Such as 'HTC Sense', 'Mail'(if it is integrated with Home). You can ignore it instead of killing it.

8. Why I cannot receive notification of Email?

This is because you killed 'Email'. Instead of killing it, you need to ignore it.

- Crazy: All apps except for apps you are using with.

You should be able to see Auto Kill information shows on the title, like 'Auto-Kill: 12:20'. That means auto kill will start at 12:20, you can also change the frequency to impact the auto kill start time.

App killer is only a tool to kill apps and task. It won't help your battery directly. But if you kill any app which consumes battery a lot, you might think app killer is helping your battery.
Advanced Task Killer Pro is paid version which doesn't contain ads.
Note: For android 2.2 and later version, task manager cannot kill services and front apps, you have to force stop them. If you use task manager to kill them, services might restart; also notification won't be erased from the top bar. So we don't suggest people use task manager kill them.
Show more
Older version of Advanced Task Killer APK

Update! Work in progress, some things working I have a ZTE Max + (N9521), Lollipop 5.1 on Boostmobile. Used to work. Went thrue all the menues and settings. App does nothing now. Does not display any apps at all. Turned to crapware, uninstalling.....Edit: Developer released update 4/24/16, still buggy, too many issues to mention, works somewhat since my reinstall, sees apps now. Can not sort system apps out.

Advanced Killer for apps Thanks it is quite helpful.

Killed? App don't stay killed. They keep opening. What do I have to do to keep them from doing this. It's a constant drag on Facebook, K-9 Mail, and Words w/Friends.

Always had... I've had this app for years. When ever I upgrade, replace or just get another phone, installing this is the very 1st thing I do, even before adding a contact lol. I've also have it on my tablets and iPad. Refer it too!!