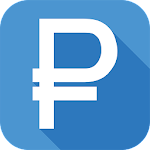 The mobile Application "Banknotes 2017" has been designed to recognize new banknotes of the Bank of Russia, put in circulation since 2017. The Application allows the user to scan a visual image of a banknote using a smartphone camera, analyzes the image to determine the value of the banknote, displays additional animations of the symbols of the cities represented on banknotes using the augmented reality technology , evaluates the presence and placement of some public features of authenticity on the banknote.
In addition, the Application informs the users about the public features of authenticity of new Russian banknotes. The Application contains a brief description of public security features of banknotes, in an animated interactive form it demonstrates the appearance of public security features of a banknote, checked in the transmitted light, with a magnifying glass, by tactile effect or by tilting a banknote.
Show more
Older version of Banknotes 2017 APK