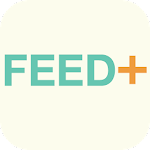 FEED+ is an app that connects farmers directly to the consumers by excluding the mediator/middlemen and also helps to donate excess food to the NGO's.

· Ensures food security to the deprived by connecting NGO’s to Hotels / Event Planners/ Banquet Halls / Volunteers who would love to share edible food with the poor instead of throwing it away.

· Allows farmers to connect to consumers directly and sell their produce directly by comparing prices at ‘E-Mandi’ or donate/sell at cheaper rates imperfect produce which gets rejected at big markets.

It’s an initiative to give price advantage to the farmers and fight food wastage at both producer/consumer level thereby helping India grow healthier wealthier!