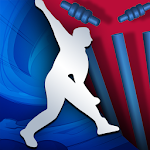 Bored of playing the usual fantasy league, county cricket and test match games?
Don’t stick to the old cricketing format; move on to the T20 style of big shots and big plays.
Taking inspiration from ICC Champions Trophy 2016 we have a new and improved game for our fans.
ICC Pro Cricket 2015 is a real Cricket 3d simulation game where you can get the excitement of an ODI match on your mobile screen.

Play different modes, get your favorite players and make sure you beat your opponent to ashes
Build your dream team with players like Chris Gayle, Virat Kohli, Steve Smith, AB de Villiers and Rohit Sharma to name a few.

You might be a WWE or a Fifa fan, you might even love Basketball, but this will surely make you feel like you’re playing the World Cricket Championship.

IMPORTANT CONSUMER INFORMATION:
ICC Pro Cricket 2015 respects your privacy and does not store any personal information
We do require a few additional Permissions to make your gaming experience better:
• We need access to photos media and files to install the game
• Contacts to access Google play
• Phone for game pause on receiving calls
• Location for relevant advertisement serving

ICC Pro Cricket 2015 and Indiagames Cricket Card Battle are produced by Indiagames Ltd., an affiliate of the Walt Disney Company.

About Disney India’s Interactive Business:
Disney India’s Interactive business is a hub for creation and distribution of high-quality digital content reaching out to millions of users in India. It develops and delivers multi-platform games and digital products including apps for multi-brands under Disney India - Indiagames, UTV, Disney, Marvel, and Disney.Pixar and distributes the content via mobile operators and various OEM app stores in India and globally.

Copyrights:
The ICC symbol, name style, typeface, colors and logo and those of the ICC Cricket World Cup 2015 (any or all of which are referred to as the “ICC Identity”) are trade marks and (as appropriate) copyright works of ICC Development (International) Limited (“IDI”) © 2001-2015. All rights in the ICC Identity remain the property of and are reserved to IDI. All proprietary names, logos and marks relating to the ICC Identity, the ICC Cricket World Cup 2015 and the participating teams that appear in this game remain the property of their respective owners and are used herein under license.
Show more
Older version of ICC Pro Cricket 2015 APK

No commentry plzz look upon it asap the game becomes boring... coz of dat

Not a game... 337mb of crap ! firstly i have no idea what username and password it wants from me... secondly when i opened the game after some time with 3G data on and left it for one hour even than its initial loading was not over... do you have any answer for this?? Doesnt desrve even one star

Stops abruptly When fast bowlers are about to deliver the ball, the game sometimes stops abruptly. Then we are left with no other option but to quit. Please fix this bug.