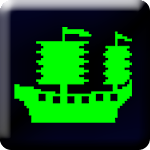 Taipan was a home computer game from the early '80s that was fun and addicting despite its lack of graphics. It invented the trading-game genre. Taipan was inspired by James Clavell’s novel "Tai-Pan".

This Android version is modeled after the popular Apple II version. The infamous bug in the original game remains in this version.

• To skip most pauses, press the text shown.
• To speed up battles, tap the Fight or Run buttons again.
• Includes the simple "beep" sounds of the original.
• Tablets are supported.
Show more
Older version of Taipan APK

Addictive 90% of the game is well put together and is extremely easy and fun. It occasionally has random little glitches, but they're usually not something you can't work around. The save function also seems a little flighty, but overall an excellent game.

Taipan brings back memories Loved this game. Played it many moons ago. Now that it's back, I'm playing it again. Doesn't need much time but can be highly addictive! Cool graphics, retro style! Now I can play it everywhere... Which isn't good. Lol!

Loved it but... I love this game, played when I was a kid, still play it on an old apple em... This is way more convenient, but guns seem to get hit a bit more in certain battles, but mainly, you cannot run away! That sucks, but, Great fun, I've prolly played it 20 times already on my phone... It would be nice to have a way to change those at the beginning of the game... I am a master taipan on orig., every time... Getting close on this Also how about writing Conglomerates Collide another great simple 80s game

I just had a flashback! To when I was playing Taipan on my Radio Shack TRS-80 and Ellio's was the best frozen pizza. It was also a time when people payed hundreds for memory on 2K chips and were able to make things run on DOS. Now somebody complains when they get something for free. You know who you are out there. Spend that next five bucks you get, go to Staples and buy a dictionary.

found a bug When suspending a game, go off the screen to another program and flip back, and a ship battle starts, the enemy ships always fire first at the start of the battle.