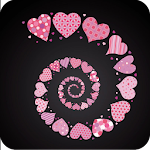 Valentine's Day History
Valentine's Day celebrations in the 21st century are all about chocolate, greetings and romance, but it wasn't always like that. The annual holiday celebrated February 14 has a s history stretching back hundreds of years.
Several myths surround the origin of Valentine's Day, also called St. Valentine's Day. Some think it arose from the deaths of two Christian martyrs named Valentine, and others believe the tale that St. Valentine performed forbidden Christian weddings for soldiers.
Perhaps the most popular legend revolves around a priest in jail who died Feb. 14, 269. The Roman emperor at the time, Claudius II, wanted the Christian Valentine to convert to paganism. Valentine rejected this, instead attempting to convert Claudius, and was ultimately martyred While imprisoned, Valentine fell in love with his jailer's daughter. Julia was blind, and Valentine healed her. The night before his execution, the priest wrote a goodbye note to Julia, signing it, "From your Valentine."
Valentine's Day also coincides with the ancient Roman festival Lupercalia. Lupercalia celebrated the beginning of spring and women's fertility. The associated ceremonies also honored Juno, the pagan goddess of love, and included a tradition where men and women would pair off in a lottery. In the fifth century, Pope Gelasius I changed up the February events to feature St. Valentine instead.
Many famous poets became responsible for adding to the romantic connotation of Valentine's Day. Geoffrey Chaucer broached the idea circa 1382 by discussing bird mating in his work, "Parlement of Foules." William Shakespeare even adopted the concept of Valentine's Day in "Hamlet" three centuries later.

Valentine cards started changing hands in the 1500s, and by the 1700s people were sending printed cards with lace and paper flowers to each other, according to the Encyclopedia Brittanica. The first American valentines weren't sold until 1849 when Esther Howland in Massachusetts made 12 valentines, gave them to her brother to see how they'd sell, and he came back with $5,000 in orders for more. Today, people send and receive nearly 1 billion valentines cards a year worldwide.
Show more
Older version of Valentines day cards APK